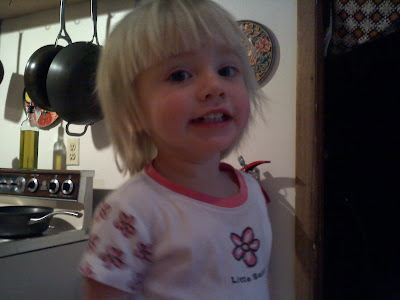 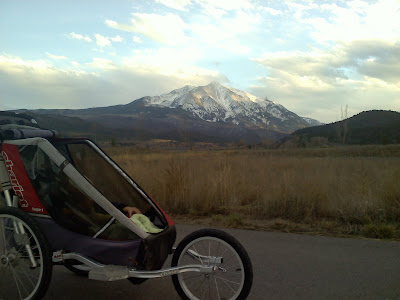 The photo above is my favorite view from the far end of my normal Chariot route, a 7 mile hilly and traffic-free loop through a sparsely inhabited neighborhood. I've been thinking lately about how one's physical place of residence has such an impact on one's exercise patterns. I have always had standard routes from my front door, and I must say that this living space provides the best yet. I have a consistently snow-plowed bike path in several directions and this 7 mile loop is one of 4 possibilities on the course (it can be cut short 3 ways). If I were to live in a place without baby jogger friendly running routes or had to drive somewhere to exercise, I can imagine a decrease in the daily habit. From my last house, the most practical daily route was just 4 miles, now it's 7. Makes one wonder how much of a difference 20 miles/week makes. 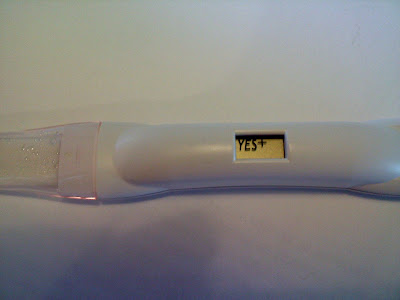 Oh, yeah, and there's this....I'm assuming most of my readers are also my facebook friends and are aware of the fact that we're expecting #2 in July. For those of you new to this information, I'm 12 weeks and having a relatively easy pregnancy thus far. Minimal symptoms, mostly good sleep, mostly good energy. I was running fast until this week, when my pace went abruptly from about 8:00/mile to about 10:00/mile. I don't know if that's due to the fact that I'm recovering from a horrendous bout of bronchitis and quite wheezy or just because I'm pregnant. I definitely got slow last time, too. I am just SUPER happy to be running and was able to do 13 miles a couple days ago without a hitch. My first prenatal appointment was this week and everything looks like it's on course. We are planning another homebirth and will again be surprised with the sex. 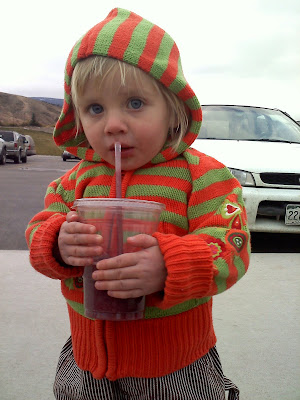 Selah is now 21 months and SO FUN to be around. She snuggles, is a non-stop talker, constantly laughs, plays, loves school. We are truly excited to be bringing #2 into the world. Selah makes our world so much better, I can't wait to see what the next one does. 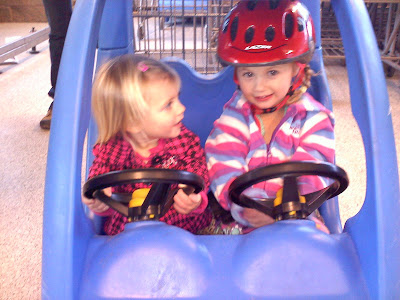 Selah very much looks up to her friend Juniper, who is a good example of safety. 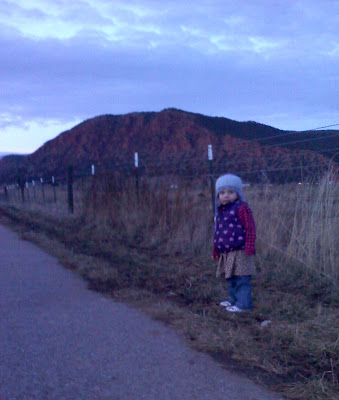 Often when we run, Selah asks to get out and run herself. On this day a few weeks ago, she ran about 3/4 of a mile along a bike path. Impressive! 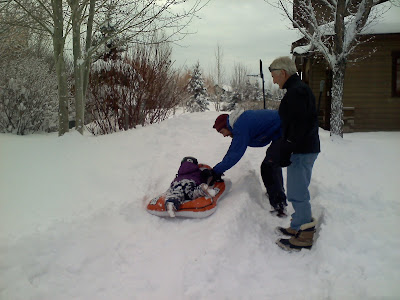 The three of us went to Jackson for an extended Christmas break, a wonderful time had by all. Like always, we played really hard (aside from the days that I laid on the couch hacking up a lung and watching episode after episode of "I Didn't Know I was Pregnant"--TV when you're sick after 11 years of a TV-free existence can REALLY suck you in). We also made GREAT food, skied skied skied, and talked talked talked. All of you that know my mom and me can attest to our, um... talking habits. 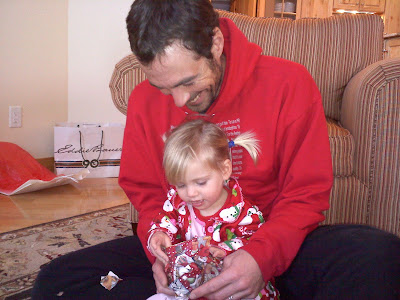 As soon as Selah figured out what opening presents was all about, she was psyched and wanted to open all of them herself. Luckily, the rest of the family graciously complied. 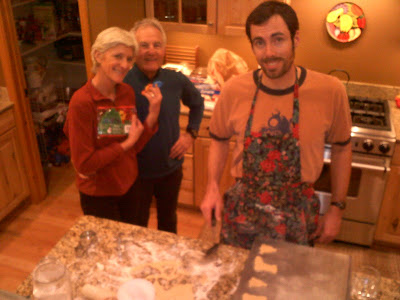 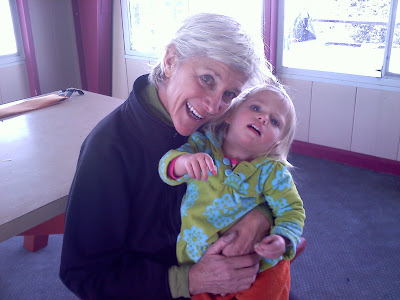 Mom, Dad, Selah and I skinned Snow King on New Year's. It was 0 degrees, balmy if you're from Jackson. The warming hut with a panoramic view of the Tetons made it quite worth the ascent. 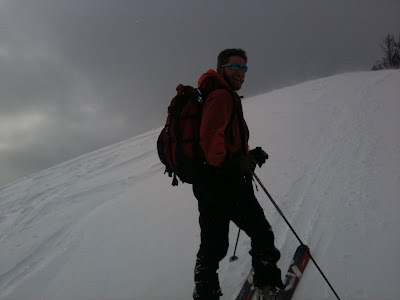 Wes skinning up something in the vast Teton backcountry. 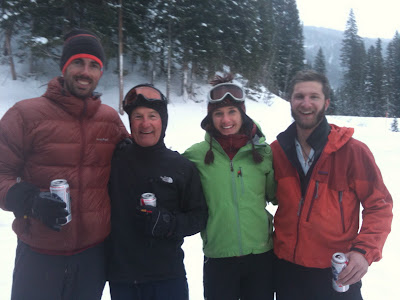 Mike, dad, me and Wes celebrating a great day of backcountry skiing. 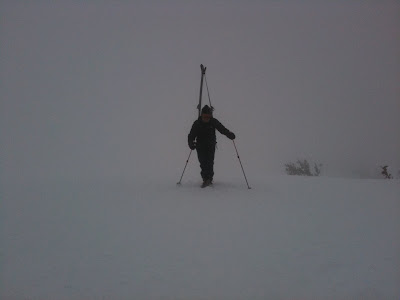 Here's a picture of Dad topping out on Mount Glory. He rallies for a guy that's 63, really even for a 25 year old. The guy is fit and currently weighs the same that he did in high school, about as much as I do at 3 months pregnant. He is always lifting or doing lunges or pulling his big rubber bands around or begging to pull Selah in the Chariot while skiing. It's a pretty awesome thing to see that in my dad, especially when last Christmas break he didn't move off the couch due to a total knee replacement. 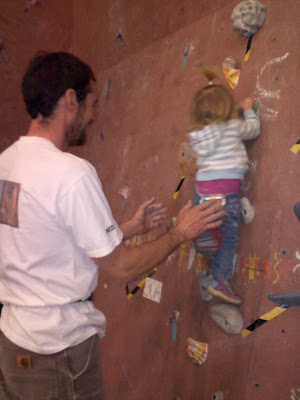 Mike has been volunteering two nights a week as a climbing coach for his high school students. He has about 40 regular attendees, including the quarterback of the football team, a few XC kids, and many that have never done a sport before. He and the other volunteer coach have raised several thousand dollars toward an indoor climbing wall at their school and have been able to purchase shoes, harnesses, ropes, etc to take the students climbing outside. Pretty neat! 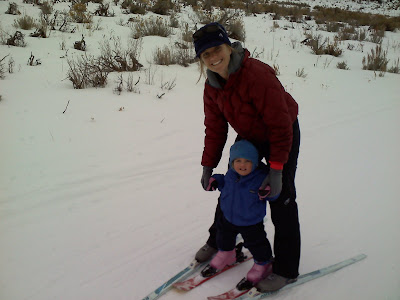 This is Selah and me today!! I am SO excited about her new skis that arrived yesterday and so is she! A friend and I took her cross country skiing in the Chariot and brought her skis and boots along to try. She skied for about 20 minutes and kept asking for "more skiing Selah". She was able to balance well giggled louder and louder the faster we went. Tomorrow is teacher appreciation day (read: free lift tickets for me and Mike) so we're taking her to the lifts. I can't wait!!
Posted by Joy Joy at 8:15 PM 13 comments: